We went on a semi-spontaneous train ride yesterday.  By semi-spontaneous, I mean that we loosely planned it last week with my cousin who is an engineer for the trains.  We confirmed some details yesterday.  But we really didn’t know what we were going to do when we reached our destination.  We really only wanted to take the kids on a train ride. 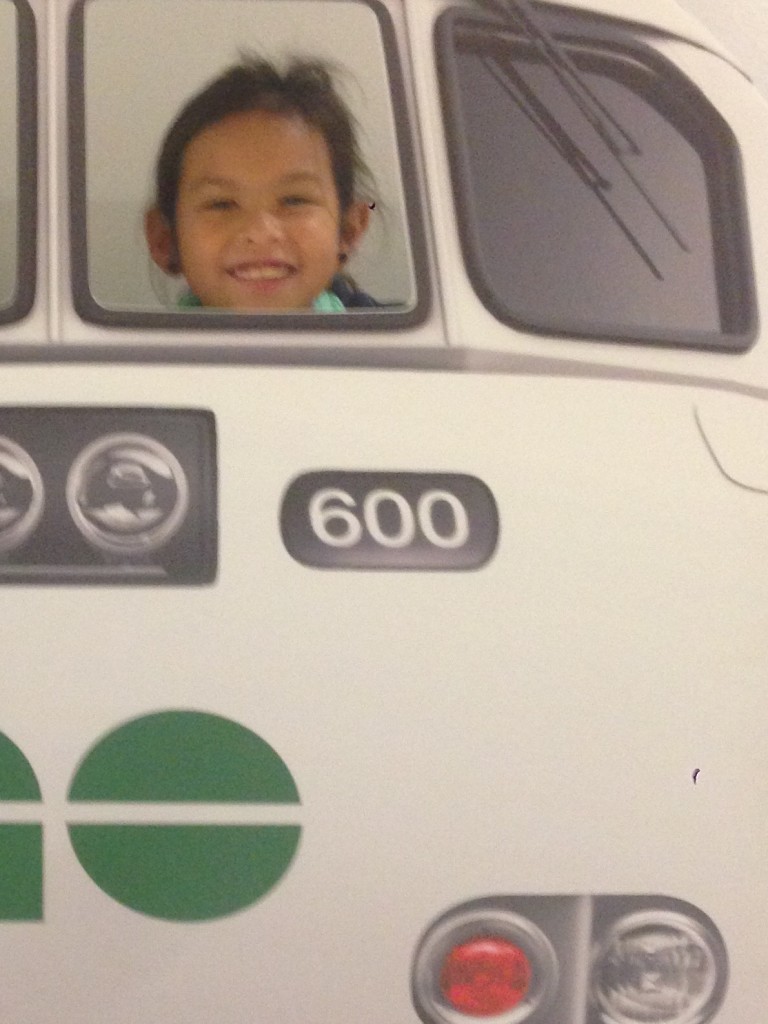 We chose a route that I hadn’t been on in a long time.  What I vividly remember about that particular train route is riding it during the last half of my pregnancy to get to work and when my eldest was a baby – almost eighteen years ago.  As I sat and I looked out at the lake, I was transported back to that time.  The view of the lake moving past, the seats, and even the glow of the train lighting took me right back.

It’s funny how you remember those details like the exact minute of a train’s arrival and departure.  Or that I always craved the same snack on the train – trail mix and chocolate milk.  Or that I would write a letter to my unborn child each time I sat on that ride in and out of the city.  I found it kept me occupied and it kept me from constantly bursting into tears or having anxiety attacks.  You see, this was before the time when I could lose myself in a cell phone.  There was so much on my mind that I couldn’t read a book either.  I also didn’t want to make eye contact with anyone because I was often met with stares of pity or curiosity.

I would take my little notebook out and write.  At first I began journalling.  I wrote about the things that were floating around in my mind, my lofty goals, and the challenges ahead of me.  I wrote lists and charts and budgets.  But then these started to stress me out. My journal soon became a journal full of fear and doubt (and of course, this would lead to that bursting into tears business).  I would write how alone I felt and then I’d get a swift kick in the stomach that reminded me that I wasn’t and would never be again. (For a long time anyway.) Then I began to write letters to that baby that kept kicking my bladder.  Little did I know how this small act of letter-writing to this child would impact me in the future.

What I knew for sure was how it impacted me right then and there:

I wrote to her to keep sane and focused.

I wrote to her because I knew I would want to remember what I was feeling and where I started.

I wrote to her not knowing if I would ever give her these letters but they were things that I hoped one day I’d be able to tell her.

I wrote to her to find courage and faith and hope.

I wrote to her to clarify my priorities and to outline my vision for the life I wanted.

I wrote to her to find enough strength to get through another train ride, another shift at work, another moment of uncertainty.

I smiled thinking how fast time has moved me in an instant.  Then I grabbed Ever-Patient’s hand and tried my best not to burst into tears.