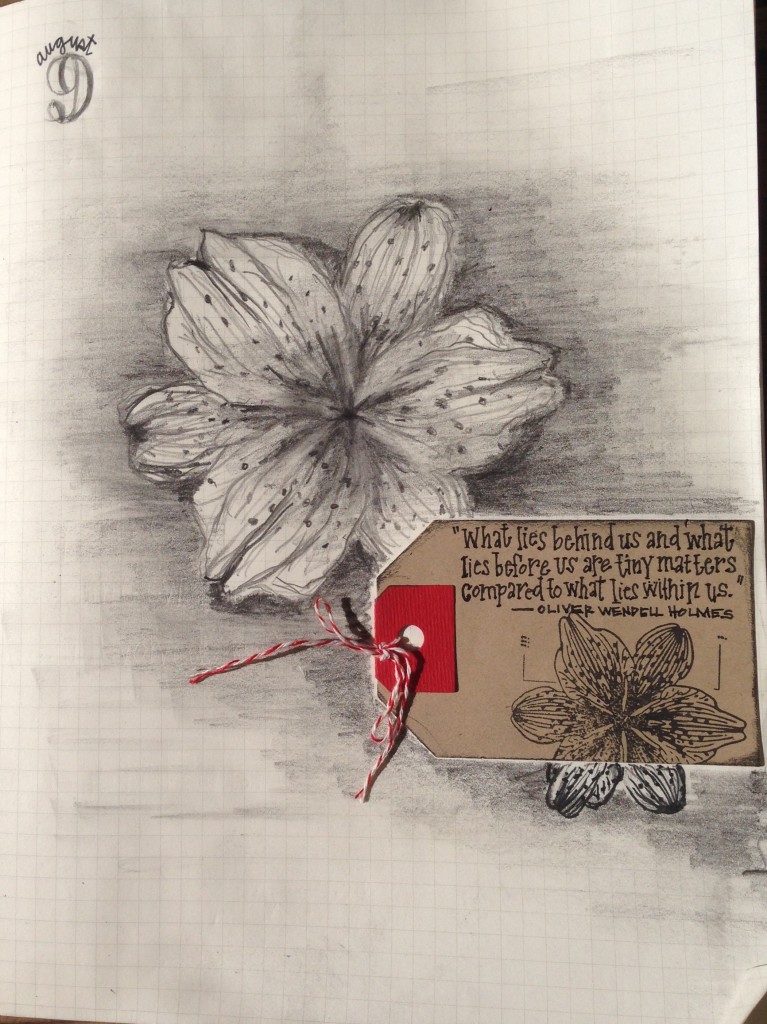 I have a few more thoughts on our bike ride yesterday.

With each long bike ride, I learn more about what is happening inside my children.  I learn how they approach challenges and how they see obstacles.  As I ride alongside each one of them during the more leisurely portions of the ride, I listen to them and watch them observe the world as it passes by.  Some notice birds. Some recognize sights from previous bike rides.  Some love to feel a slight drizzle on their face while others appreciate the slight breeze.

Some of them are thinking about other things and miss what’s right in front of them.  They are thinking  of “the big hill” that they will have to conquer later that day.  They talk about the destination and anticipate what they will experience.

Going downhill, some pedal fast while others have their hands on their brakes and glide to the bottom at an easy pace.  Some like to keep near their dad and go at a fast pace while others like to ease up and ride in the back with me.

When they were little, they only biked on the sidewalk alongside me.  I would tell them to watch out for pedestrians, dogs, and strollers.  They couldn’t steer straight. We couldn’t bike far distances.  Some of them were uncomfortable using their bells.

Then as they grew, we took them down side streets on the road and down bike lanes.  I ride behind watching how they use their bells now and being aware of turning cars and traffic alongside them.

Yesterday, one of my daughters hit the brakes suddenly right in front of me because she saw a car inch up to turn which would cut into the bike lane.  I stopped just in time before slamming into her bike.  We quickly reviewed hand signals and I told her that the car was probably just inching up and wasn’t going to cut in front.  It was probably best to just slow down next time and make eye contact with the drive and ring her bell.  All through the ride, my husband hand signalled and the kids copied.  I watched them become more confident with their signals as the ride progressed.

We have been going for long family bike rides as a way to introduce the kids to their neighbourhood and our city. It has been a way to increase their independence and to push their physical and mental limits.  I want them to see what’s inside of them instead of that “big hill” in front of them.  It has been a practice –  a way to teach them how to pay attention as they travel outwards, climbing bigger and bigger hills.

Now some of my daughters go out and bike on their own – my eldest bikes to get to work or to the gym or to the beach or just to get herself places when she doesn’t want to pay for transit.  My other daughters can bike to the library together or to the market.  They have built a comfort through practice and slowly pushing themselves to go a bit further without me.

As we ride, we remind them that they must go at their own pace.  It is never a race and we will get there when we get there.  We only want them to be aware and to pay attention.  And even if they have to slow down, Mama will always be at the end if they need me.