a lesson in life support.

My husband went on a 10-day surfing trip to the pacific coast of Costa Rica.  We stayed behind in the Caribe Sur.  He had never been away from us for more than a week. 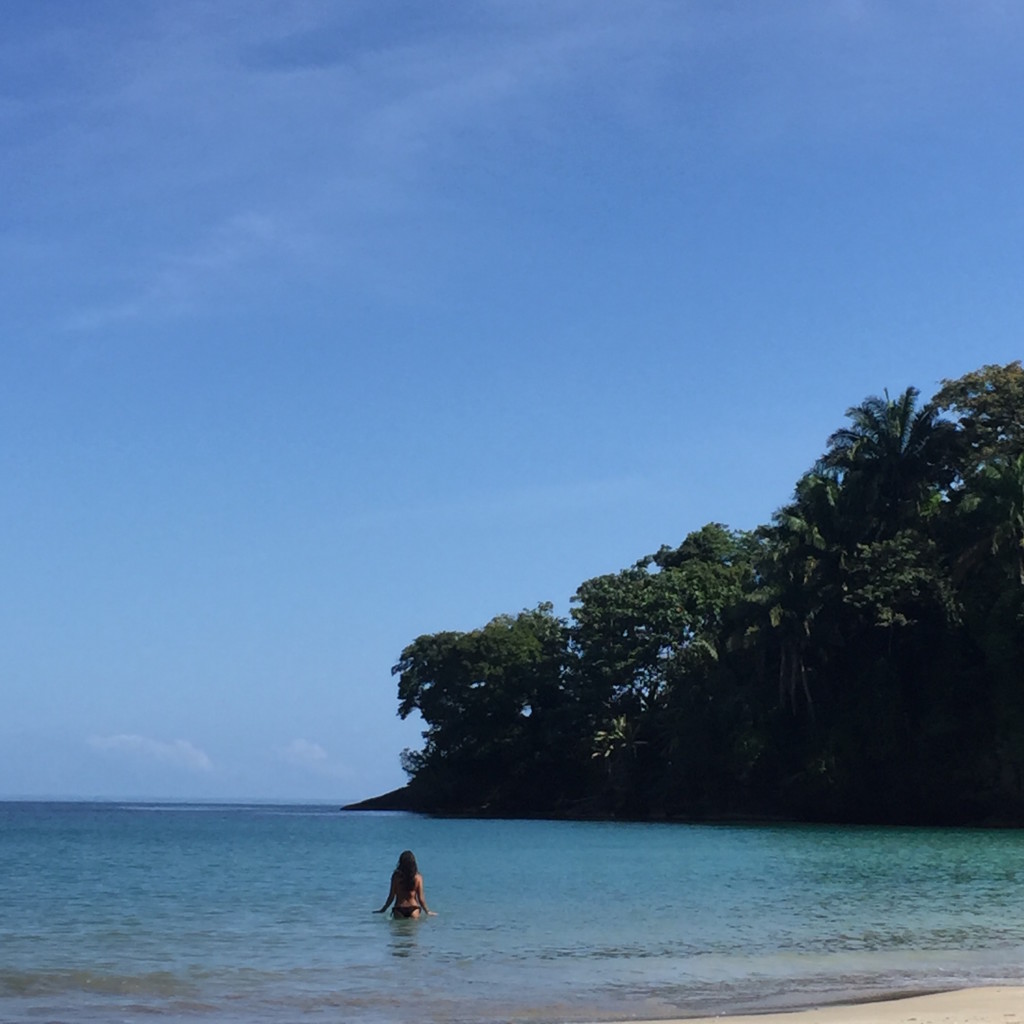 The 10 days without him felt like I was on my retreat again. I know you may be wondering what that means.  Alone with 5 kids, how could I have possibly have felt I was on a retreat?

I’ll come back to that.

I began to get a little anxious about Chris’ departure a few days before he left.  My mind started to race with contingency plans, strategies, what-if scenarios, and general worry.  We are in a foreign country where pretty much anything goes because of the weather. l also started to worry about driving a monster 12-passenger van with manual transmission and no 4-wheel drive for 10 days.

My mind spiralled in fear.

When we are home in Toronto and he leaves for business trips, I have the support of my family, friends, and the rhythm of my home.  In fact, he is away in L.A. right now and we are in the midst of a family sleepover for the weekend.

What would happen while we were in a new place in another country???

I didn’t sleep at all that night.  The jungle sounds, which I had grown to love over the last month as sweet lullabies, became menacing and creepy background noise to a horror movie.

The next morning, the day before Chris left, my body told me to go to yoga. My mind tried to convince me that I had too much to do and I had no time for a class and to do a quick personal practice session at home.

As I gave my mind room to be heard, I quickly became aware that I had forgotten a lesson that I had learned deeply on my retreat and in fact, this whole trip:

And I went to yoga which happened to be a fusion flow – a mix of pilates and yoga – taught by an amazing teacher, Danielle.

Danielle talked about strengthening the core, firing it up first thing in the morning.  She talked about being fully supported by your core.

Fully supported by MY core.  Well of course.  My body knew.

As I physically began to strengthen my core, and slowly feel that by body was fully supported, my feelings changed.  I no longer felt fear.  After that 75 minute yoga class, I loved my body and stayed in that feeling of core strength.

I knew I was ready and that I always had been ready. My body just had to give me a nudge in the right direction to remind me.

And that was my mantra for the 10 days:

I am fully supported.

In that moment, I had no doubt that everything would be fine.  My eldest two children told me that they would make dinner every night.  The other ones committed to clearing the table and did the dishes after dinner.  (And as a thank you/incentive gift, I bought them each a pareo for the beach – a fair exchange of energy, in my opinion.)

A few hours after Chris left, one of my children’s bellies began to feel off.  We went for ice cream with friends and she assured me that she felt fine enough to eat a scoop of homemade artisanal ice cream.  So she did.  And 15 minutes later, she threw up in the ice cream place.

I wanted to cry.  I started to imagine the worst and focused my attention on stomach bugs and what it would be like to clean up vomit for 10 days as it rampaged our entire family.  I stopped breathing.

But then I looked down at my daughter and switched to mama mode.  I took a cleansing breath and I guided her to throw up in the garden instead of the floor.  I wiped up the vomit on her and stroked her head.

And because in that moment, I took myself out of my head and into my body to just handle what was in front of me, I remembered my mantra, and I whispered:

I am fully supported.

Two seconds after I whispered it, the owner came brought me paper towels, proceeded to give me the most comforting and sympathetic look, and asked if there was anything he could do to help. Any mama knows how much genuine compassion is valued when handling a challenging situation with children so you can imagine how this seemingly tiny offering immediately began to give me enough space to breathe.

A woman I had just met minutes ago, who was a friend of a new friend I was meeting for ice cream, hopped on her bike to ride home to pick up some activated charcoal for me.

My children asked if there was anything else their sister needed.

These small gestures gave me the most amount of relief that I wanted to cry again, but because I was filled with gratitude.  I was fully supported.

Whenever something unexpected happened, I returned to my body – that physical feeling of support – rather than let my mind spiral into convincing me to feel overwhelmed and create a reality of fear. And in each moment that I returned to that core strength, I would find immediate evidence of support.

Those 10 days became magical for both myself and my husband who was on the opposite side of the country.  We both said yes to experiences without overanalyzing the potential outcomes.  We learned how taking care of ourselves always had to come first because we cannot give to others what we don’t give to ourselves – care, support, and of course, love.

If I had listened to the incessant chatter of my mind,

“You can’t drive on this road in the dark while it’s raining.”

“You have no business leaving the kids at home at night to go out.”

“The car could break down in the middle of nowhere.”

“You are alone with children so don’t be irresponsible.”

“You can’t maneuver this large van on small dirt roads.”

“You are too tired to walk with them.”

“You are too tired to do anything on your own.”

If I listened to the chatter, I would have holed us up on our little rental property in fear of what could happen.

This is what I learned first on the retreat then and over and over on this trip – how much power we can give to our thoughts.  We are such creative and imaginative beings that we can create either a reality based in fear or one based in faith and love. The 10 days felt like a retreat back into my body again.  To fully go back to the sensations instead of relying on thoughts for guidance.  My mind could create hundreds of danger scenarios in a foreign place, alone with my children. I learned the skill of living in my body on the retreat and I practiced it in such an extreme way while Chris was gone because it wasn’t just about taking care of myself but extending that care to my children.  I had to trust my inner guidance system which begins in my body.

I allowed love in.  I allowed the jungle to wrap her arms around me. 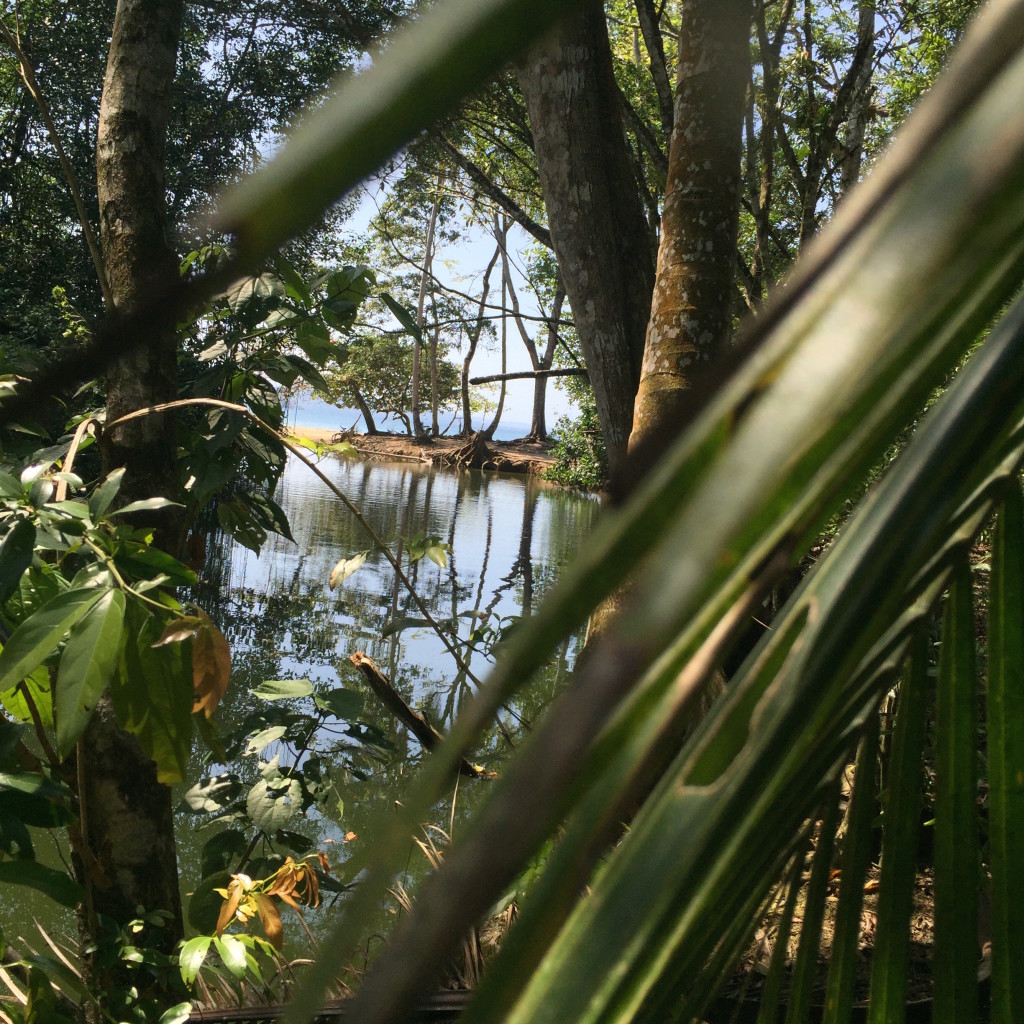 Strength didn’t come with feeling like I could do everything on my own.  It came from knowing that I didn’t have to.

And once I figured that out, I realized that I have always been and always will be fully supported.