It was your ninth birthday on Saturday. 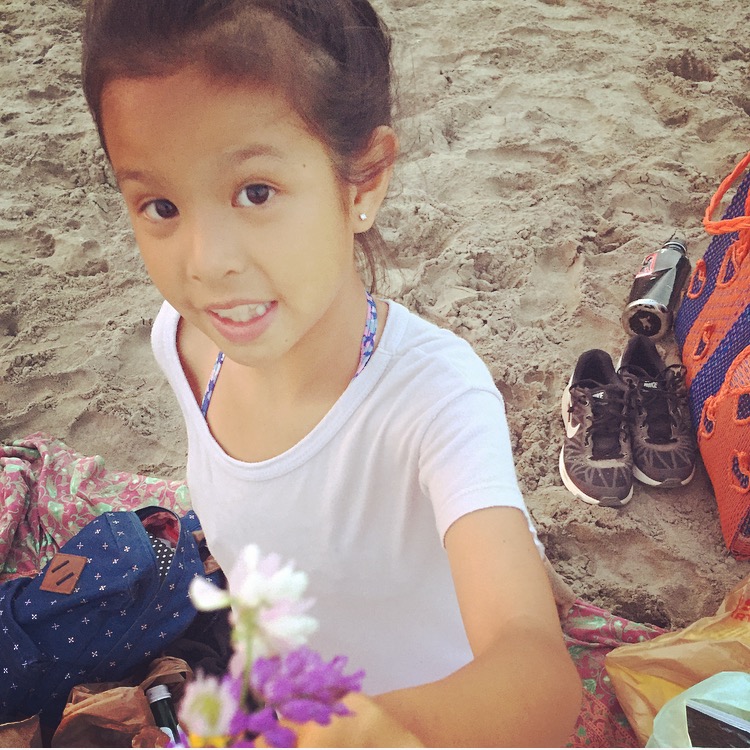 Each year on your birthday, you always want to move.  You are a Leo summer baby.

This birthday was a little rough because we had just moved out.  Your first birthday post-moving. We were camping so we all did what you wanted to do.  We hiked, played volleyball, swam in the lake, raced on the boogie board to the buoys, you buried me in the sand, and played some more volleyball.  The one thing I wouldn’t let you do was jump into the lake off a pile of rocks on the trail we were hiking and scale down a cliff.

I was exhausted by noon.  You never stopped smiling.

I have been asked about your “nine year change.”  When your sisters approached their ninth year, I could see how unsettled they were becoming as their growing sense of self made them feel uneasy. Their third grade year was full of building a “place to call their own.”  One sister built a desk for her own space to create artwork and another built a teepee and an outdoor playhouse as a place to retreat.  I could see why they needed these cocoons of safety.  The emerging consciousness was too much.  Instead of feeling connected to the world, the world started to feel very large and separate from them.  They could see themselves apart for the first time.  Their temperaments shifted after their ninth year.  You have also shifted.  But not in the ways that I expected.

You have become, for lack of a better word, more balanced, emotionally speaking.  More even keel.  Your growing self-awareness has had the opposite effect on you than most children at nine.  It is almost a comfort to you.  As I begin meditating on each of you, like I did last year for our homeschooling year ahead, a theory of your changes has slowly taken shape.

You were born with this amazing awareness of your body that we have all admired.  You are kinaesthetically intelligent and have had a beautiful connection with your body since birth.  You have always needed to move, to challenge yourself physically, to feel ok.  When you don’t, you melt down.  Without movement, your energy explodes in other ways.  I believe this self-awareness that normally comes on at nine years old has been there since the beginning.  Because of your tantrums and anger, we have had to talk about what it means “to watch yourself.”  From a young age, we talked about what it feels like to feel the anger coming, sometimes we called it “the dragon.” I told you stories of angels slaying dragons and how we all can play both roles.

Lately we talk about the person that lashes out as not being “the real you.”  We talk about the person watching it happen, unable to stop the outburst, the one lovingly just standing back, as the real you.  You have had to become self-aware early because of the need for extreme physicality and what happens inside when you don’t release the energy with your body and you release it with your emotions.  I know that it has been difficult for you as a young child when the people around you don’t understand. 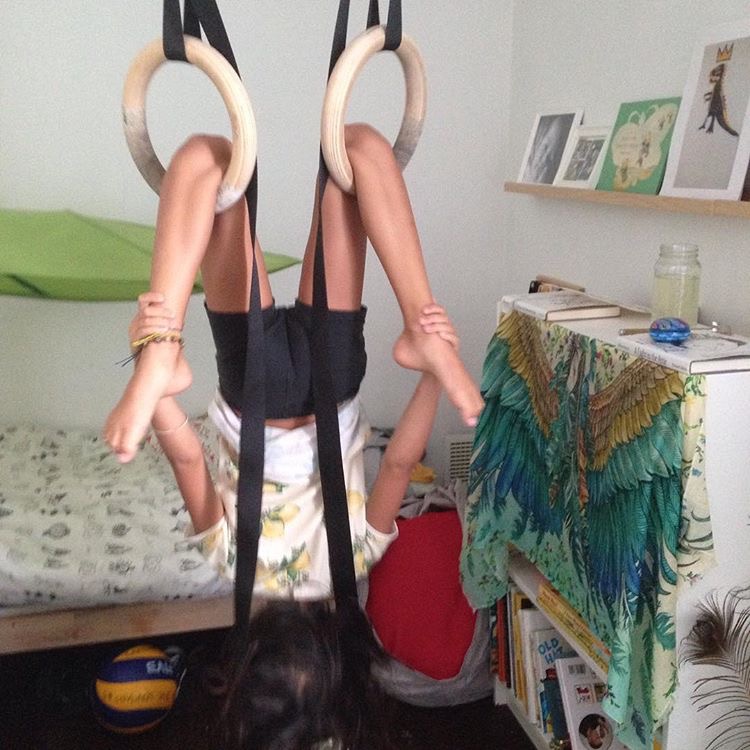 Now that you’re nine, I see the relief.  The relief that you have settled into yourself.  The self-awareness feels normal now and you are equipped to manage your encounters with yourself because you have had time to make friends with “I.”  Where the self becomes an abrupt realization for some children at nine, you have had to adjust in sometimes forceful ways in early childhood.  You are better at watching now and are comforted knowing you have the ability to choose again and again.  Choice doesn’t paralyze, it empowers.

Over the last month, you have wanted to move and you have wanted to use your hands.  You have wanted to bake, to craft, to sew, to knit, and to do pottery.  I have made it all happen.  I have sensed the urgency in your requests.  I woke you up at 6am to bake bread and you hopped out of bed without your normal moans of being shaken out of bed.  You have found craft books at the library and scoured materials in the recycling bin and craft cupboard and made things in your spare time.  You finished all your knitting  and sewing projects that you left undone over the last few years.  You begged me to keep the small loom to work on an unfinished bag strap that your sister had left unfinished.  And finally, we signed you up for a pottery camp with a friend.

You wanted to make things out of clay.  More specifically, you wanted to make yourself bowls, mugs, and pinch pots.  You loved every minute of the camp.  As you talked about using the wheel to make a bowl for yourself, and how it felt to shape the clay, I realized that this was your version of building a shelter, a place that was your own.  On some level, you have figured out that we won’t have a house to call our own for a long time, a place to hold us, to contain us.  So you have been drawn to creating a container for you. Vessels of your very own to hold food and water.  You poured your energy into these containers that hold what nourishes you.  We can’t give you a physical house to do that for you yet so you took it upon yourself to take care of this need in your own way. 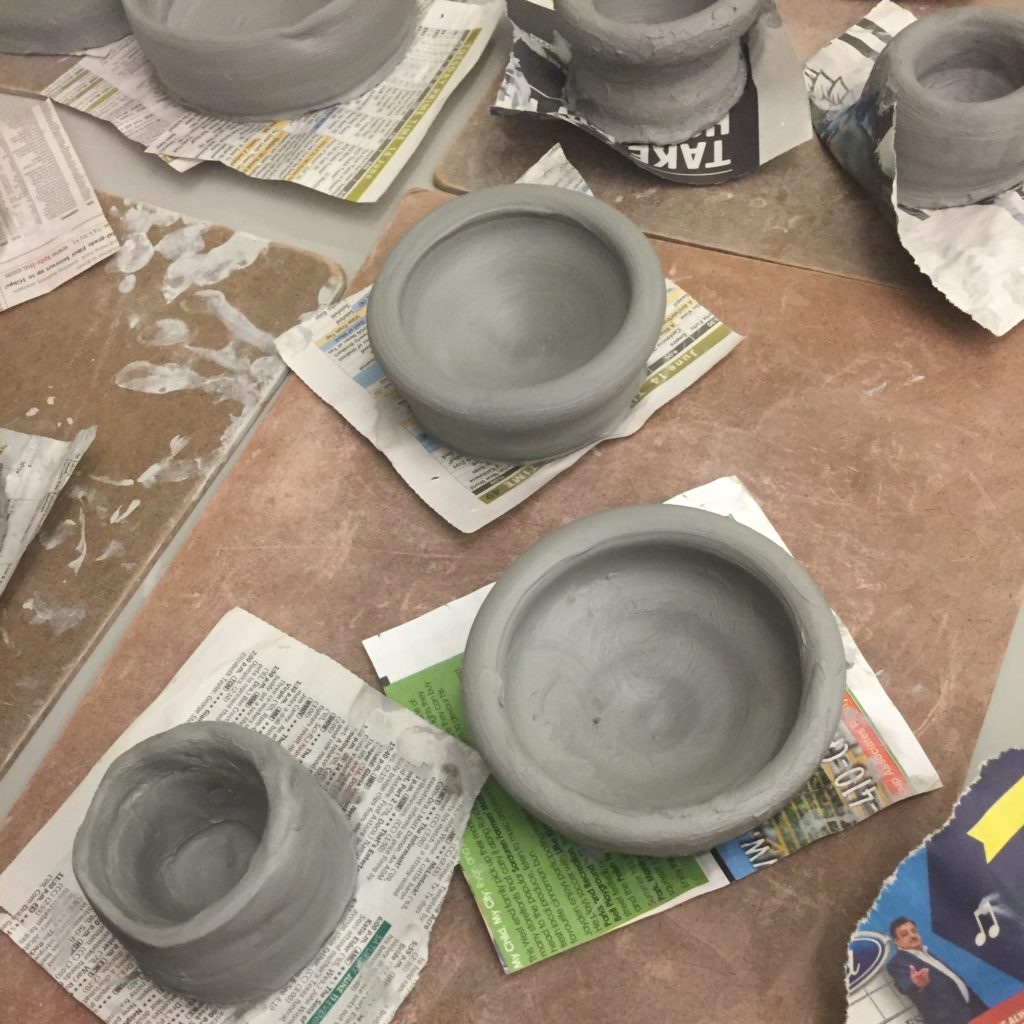 About half way through the camp, you flat out told me that you probably could get to camp on your own with your friend.  It wasn’t a difficult walk to the subway and riding the subway was pretty straight forward.  Turns out you don’t see the world as big and scary and separate.  In fact, I see you now connecting more with the world.  I quizzed you on possible subway scenarios and you answered each one matter-of-factly.  I still said no and you rolled your eyes.  I said you could lead the way and that was good enough for you.  For now. 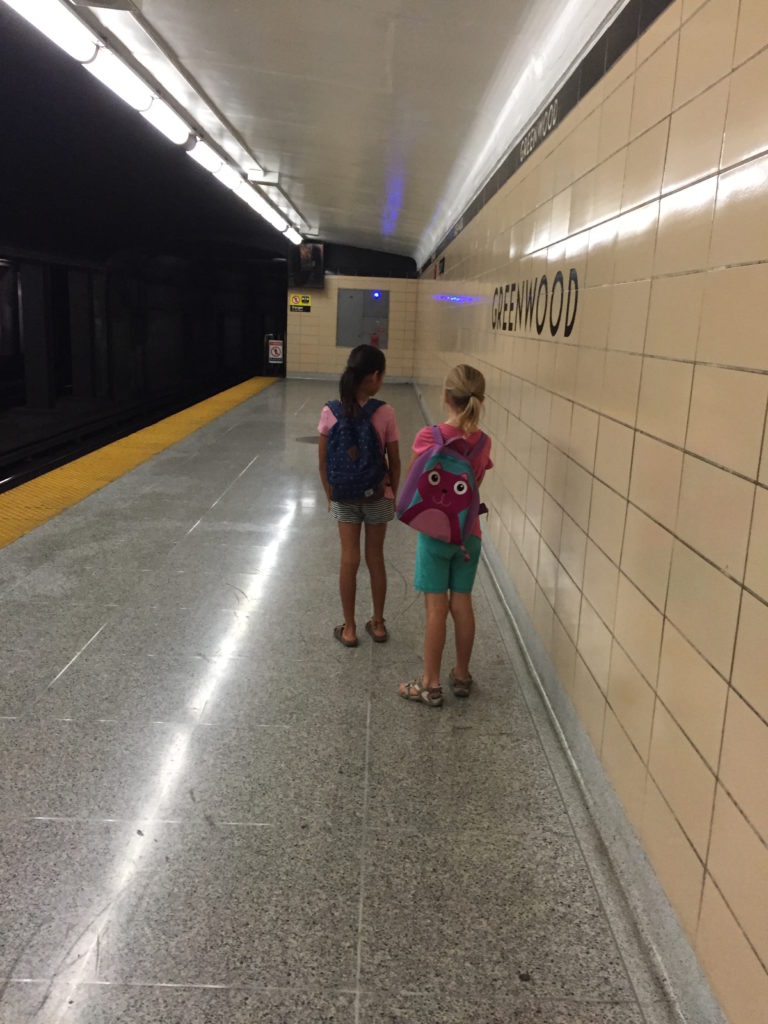 Just like your other siblings, you are one of the great teachers in my life.  Thank you for teaching me what sheer will power looks like and how the greatest thing I can do for my body is to get to know it, to be aware of it, and to love it with every movement I make.  Thank you for being patient with me as I have tried to navigate how to always meet you where you are and that I am learning to never assume you will stay the same, that none of you will stay the same.

You inspire me to make and to move.  The two things that I have neglected for the last month.  You take me out of my head and remind me to let my body lead.  To trust that it knows better.

To see it as home.  The amazing container of my real self.

Thank you and I love you.