on motherhood. part one. 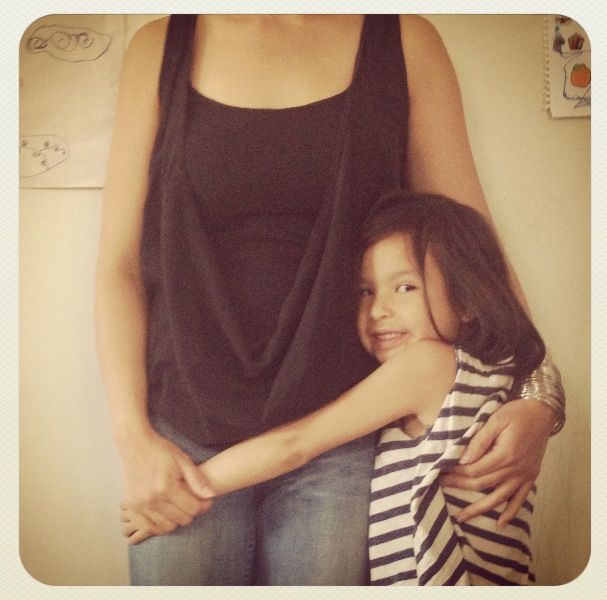 That’s what I am first and foremost.  Yes, I am a woman, a wife, a friend, a daughter, etc.  But I am under no illusion that any of those roles come before my role as a mother.  Everything I am at this moment is derived from being a mother – every thought, every word I write, every story I want to tell.  It is what I am living.  It is what I see around me.  It is the stuff that makes up every moment of my life even if they aren’t physically around me.  My choice to have 5 children, homeschool, and be at home with them for most of their childhood includes my choice to be defined like this – a mother first and foremost.

Over the next few days, I will be posting a little series on motherhood.  The last four weeks have led to a lot of contemplation over my changing role within this role of mother and what I have personally observed about motherhood in general.

Part One:  A re-post of my thoughts on motherhood from May 2010.

Part Three: The stages of my own story of motherhood.

Part Four:  My experience with the evolving mother/daughter/mother relationship.

Part Five:  The good.  The bad.  The ugly.  The really ugly that no one talks about.

I’d love for all mothers out there to weigh in and comment.  And even if you don’t want to comment in public, please send a private email: rdiosolopez@gmail.com

Let’s stop thinking of “motherhood” as a term that solely defines the individual state and consciously use this word to describe all of us as a collective of women whose common experience of bearing, rearing, or raising children in some shape or form unites us on the most primal level.

Today I want to start with a post that I wrote 4 years ago.  Some still holds true.  But there is so much more to add…

According to the dictionary, the definition of “mother” is:

3. a mother-in-law, stepmother, or adoptive mother.

5. a term of familiar address for an old or elderly woman.

7. a woman exercising control, influence, or authority like that of a mother: to be a mother to someone.

8. the qualities characteristic of a mother, as maternal affection: It is the mother in her showing itself.

9.  something or someone that gives rise to or exercises protecting care over something else; origin or source.

10. (in disc recording) a mold from which stampers are made.

After reading the above entry, it struck me how narrow the definition seems and I thought about how I defined motherhood for myself.  At what point does motherhood begin?  At conception?  When you first realize you are pregnant?  When you feel the baby’s first kick? When you make the intention to adopt and do all the necessary research on adoption?  When you nurture younger siblings/family members in the absence of parents? When you hold your child for the first time?  At what point did I officially cross the “motherhood” threshold?  Was there a single act or event that signified my initiation into this exclusive club?

I remember not fully accepting or acknowledging myself as a ‘mom’ until #1 was well into her first week home.  It was in the middle of the night and I was asleep.  She woke up and began to cry.  I remember being in a dream-state waiting for someone else to tend to her.  When she cried a little harder, I woke up and realized that someone was ‘me’ and I was her mother.  Being pregnant, giving birth, breastfeeding – I was just going through the motions.  But when she needed me and only me, it hit me like a ton of bricks: I am her mother.

Though parts of my role as ‘mother’ were instinctive – taking care of physical needs – there were still many other facets of the role I needed to clarify along the way.  I needed to differentiate society’s and my own expectations of what it meant to be a mother.  I was struggling with my changing identity – I was an unmarried young mother, working part-time, and trying to finish my university degree in my spare time.  My life could no longer be filled with frivolous experiences, making decisions on a whim.  My new baby’s life and that of my own were intricately intertwined and every choice I made affected her as well.  I would not throw caution to the wind and jump without looking.  I became obsessed with building a solid foundation for her.  I probably asked myself a thousand times a day, “What is best for her?”

While in university, I took a course on motherhood.  I figured it would be an easy course since I was a mother and really, what else did I need to learn?  I was living in it. I read this and it broadened my perspective. The experiences and struggles described in the book resonated somewhere deep inside of me.  I wept for all of the mothers in history who had their roles defined by patriarchal institutions and I finally accepted that the contradictory emotions that surface when you become a mother are natural and universal.  In time, I figured out that “what’s best for her” is doing “what’s best for me.”  I stopped modeling myself after some fictional June Cleaver-meets-Claire Huxtable character.  I stopped feeling guilty.  I stopped comparing and trusted myself.

More often than not, people marvel at how calm I am when I am with my 5 kids.  My secret:  I have learned to own and create a concept of motherhood that works for me.  I have also managed to maintain my identity outside of the role of mother and wife (although this takes constant effort).  I enjoy my kids, not because they are extensions of my husband and myself, but because they are individuals I truly enjoy being around.  I have embraced the good, the bad, the messy.  I have chosen to be a mother on my own terms as opposed to trying to align myself with some abstract notion of motherhood.

To all the mothers, whether it be biological/adoptive/spiritual/symbolic, whether you are in the trenches changing diapers and breastfeeding or your children are teenagers or grown adults, here is my own definition of what we do and who we are (which I’m sure is still too narrow):

We nourish children(literally and figuratively).  We button, zip-up, and unbutton and unzip.  We give baths (sometimes more than one child at a time, more than once a day).  We change diapers and soiled clothes.  We kiss boo-boos.  We carry the tissues and the snacks.  We are a 24-hour hotline for immediate advice and consolation.  We bake for bake sales and volunteer for trips.  We read stories and listen when they read back.  We remind.  We remind.  We remind.  We are on call 24-7.  We hug and kiss on demand.  We are puked and pooped on.  We clean up the puke and poop.  We tuck in and reassure that tomorrow will be a better day.  We hold their little (and big) hands when they need it.  We are chauffeurs and maids and short-order cooks.  We shop with them for the perfect prom dress.  We wipe noses and wipe tears.  We take photographs and are never in them.  We are their biggest fans.  We play hide ‘n’ seek, I Spy, hopscotch, Ring-Around-The-Rosy, and Patty-Cake.  We read the same book a million times with the same enthusiasm and energy as if it was the first time.  We have sleepless nights when they don’t call home.  We push the swings and pull the wagon.  We carry them when they can’t go on.  We lift them up to reach.  We wonder if they know that the nagging and worrying is how we show them we care.  We buckle, strap,  velcro, and tie.  We tickle.  We answer a thousand questions a day and answer even if they are asking all at once.  We are light sleepers.  We love so much it hurts.  We give money with no strings.  We cook (and deliver) a much-needed home-cooked meal.  We want better for them.  We worry far too much.  We give them the last piece of dessert.  We listen even though we want to scream.  We drop off the forgotten lunch.  We organize schedules, plan birthday parties and playdates.  We don’t expect a ticker-tape parade or public recognition for what we do although an occasional “thank you” would be nice.  We cry more than they do when they get hurt.  We defend them like true mama-bears. We always laugh at the same “knock knock” joke.  We teach compassion, empathy, and to always leave the house with a ponytail and lip balm.  We try our best even when it’s never good enough.  We do last-minute laundry for the one clothing item they need to wear the next day.  We look them in the eyes and tell them we love them.

We will always be there.

The floor is open for discussion. How would you add to the definition?  Please share your thoughts and any points you’d like to discuss below.

I know I’m not alone out there.