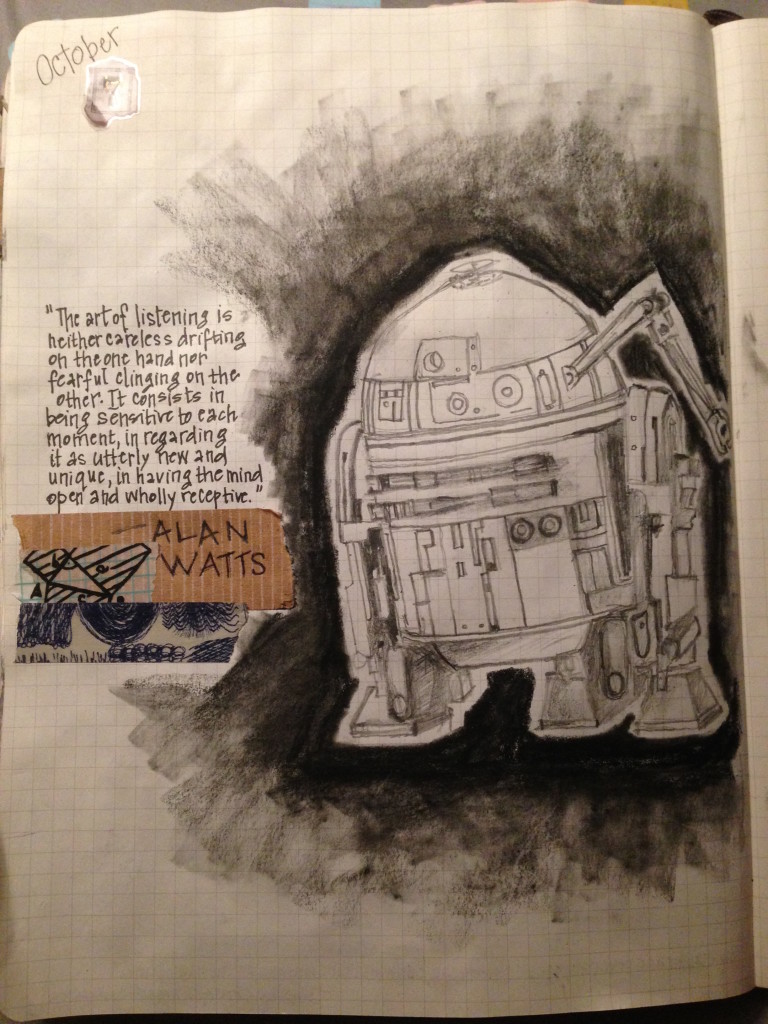 (This is a drawing I copied from the Adam Gidwitz book…see below.)

I am grateful for Star Wars.

If you have been following my blog and reading my homeschooling posts, you know that our lessons are waldorf-inspired.  For the last five years, autumn was a time to make seasonal crafts, tell stories about the animals getting ready to go to sleep or to collect food for the winter, and to celebrate the changes we see in nature in our neck of the woods.

This is technically my son’s third year of kindergarten.  He is an October baby so I decided to delay Gr.1 until next year.  He is still very much living in his imagination – a beautiful dreamworld of his making.  But he has heard all the seasonal stories, verses and songs before and he has discovered a new passion that his sisters never had:

I didn’t plan on introducing Star Wars this early to him but he immediately gravitated to it after discovering it through some of my husband’s old toys that we found at my in-laws house.  Star Wars lego books have also been another gateway to this world.  (I just went to check on him in bed now and he was hiding under the covers with a flashlight making a mini Millennium Falcon out of lego from memory.)

Earlier this month, I made up some fun animal stories as we explored India.  He liked hearing them but would only occasionally do the activity that I had planned for him.  He would always ask to go off and work on copying character names into his Star Wars journal or build more Star Wars ships with lego.

One day at the library, as we all were looking for books on Buddhism, one of my daughters found this book by Adam Gidwitz: 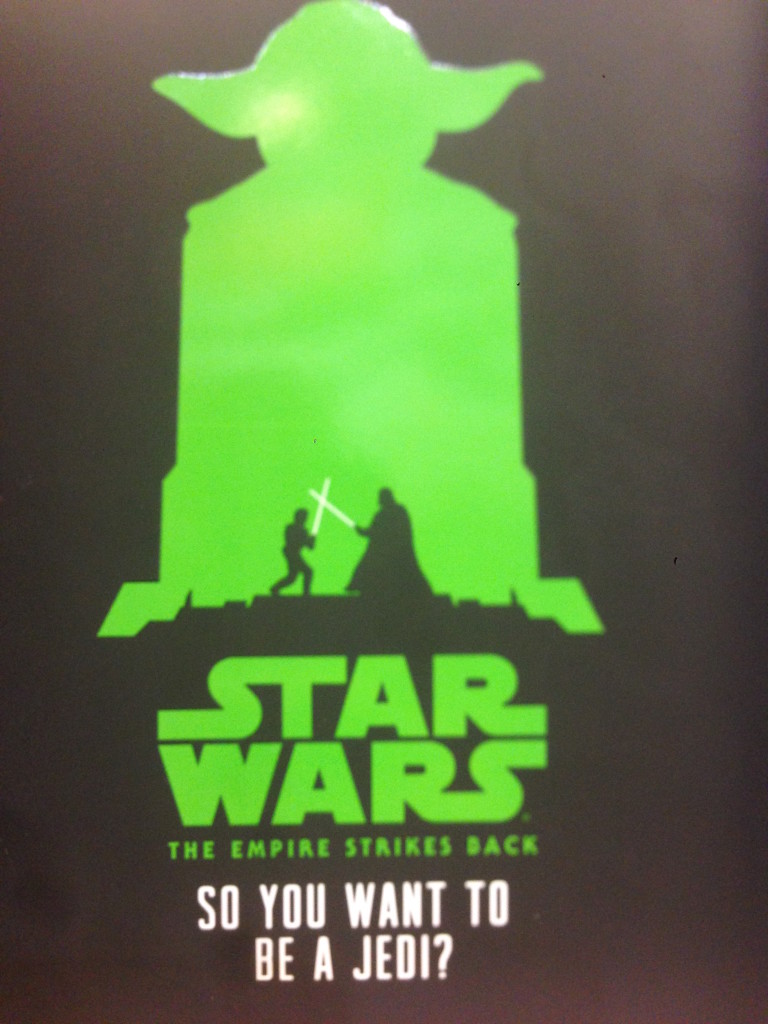 Star Wars: The Empire Strikes Back So You Want to Be a Jedi?

She suggested that I read this book to #5 at bedtime.  I was not overly enthused about it but I figured that my husband could take one for the team and read this aloud to him.  Then I continued on my search for books on Buddhism.

My husband read the first chapter to my son and in between paragraphs, I could hear him remark, “Wow.  This is a good book.”  I decided to read it too and discovered that it is a fun re-relling of The Empire Strikes Back where the author is telling the story as if the person reading it is in fact Luke Skywalker.  At the end of every chapter, there is a Jedi lesson.  The lessons include how to meditate, how to find peace, how to stay balanced and tons more good stuff.  My son ate it up and didn’t even know he was learning more about Buddhism than what I was teaching my other children.

This has been his main lesson block this month.  We read a chapter, do the Jedi training lesson, he draws from the book, and then makes a mini lego model of something from that chapter.  Done. 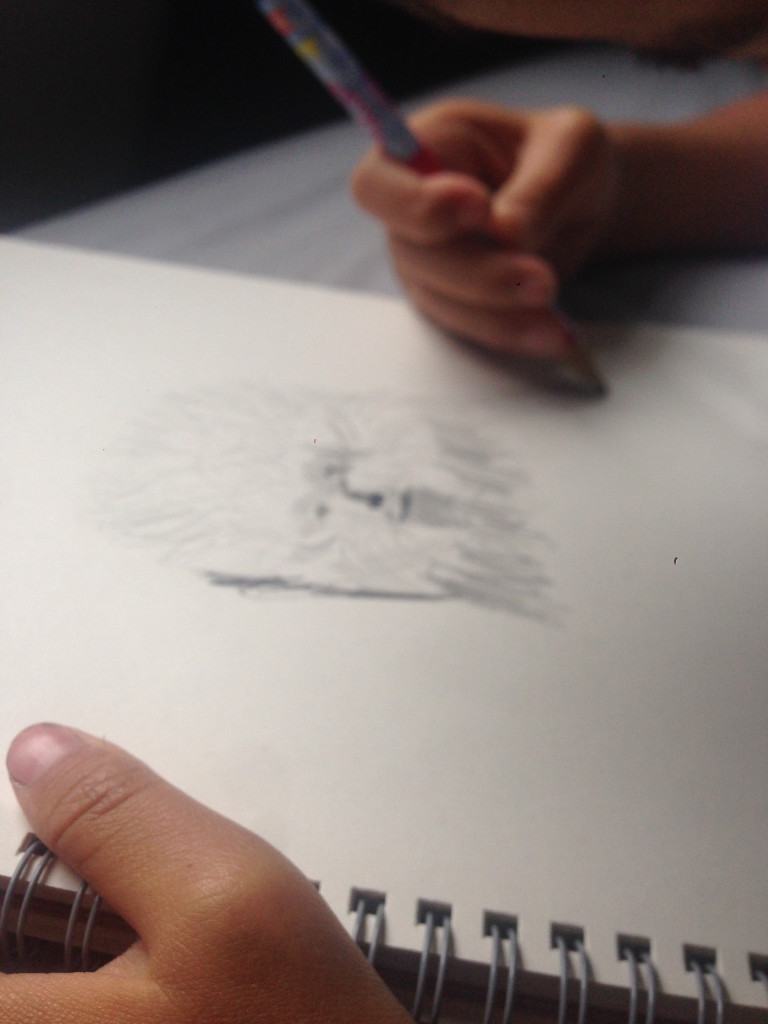 One of the first Jedi lessons is to count to ten and only focus on counting to ten. While you’re counting to ten, try to breathe in and out each number.

Now while the rest of us are doing our morning meditation together, he isn’t getting up as quickly as before.  I remind him of all his Jedi lessons and he sits and counts and breathes.  We talk about how hard it is to just focus on that.  But the other day he told me that when he sits there, he feels peaceful.  I remind him that it takes a lot of practice to become a Jedi.  He tells me it’s getting a little easier.  We breathe and count together.

The above drawing is very special to me.  My son has been struggling drawing this R2D2 from the book.  He has been frustrated with himself.  I surprised him by drawing it and he was so grateful and appreciative.  He asked if he could take a picture of it, print it out, and glue it in his book.  I told him we could photocopy or he could try to trace it himself.  He gave me a hug, asked me about helping him draw tomorrow, and he went to bed happy and excited.